Journey into the isolated bush for kiwi release 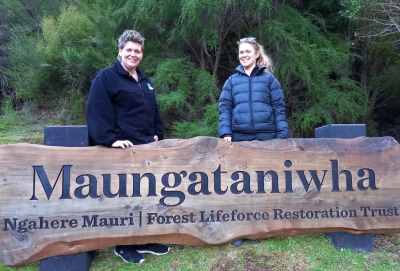 In June this year, Amy and I had the chance to go on an adventurous excursion to release two captive born brown kiwi into the wilds of the remote Maungataniwha native forest.

The Maungataniwha Native Forest is a privately owned area of native forest. The activity in the forest is supported by the Forest Lifeforce Restoration Trust. The Trust was established in 2006 to provide direction and funding for the restoration of threatened species of fauna and flora, and to restore the ngahere mauri (forest lifeforce) in Maungataniwha, and other forests within the Central North Island, owned by Simon Hall.

Access in is a trip of around two hours’ drive over heavily rutted logging truck roads and not for the faint hearted.

The road into the forest was a very rough one and anti-nausea medication may have been taken beforehand!  We travelled in with Tamsin Ward-Smith from Save the Kiwi, an expert four wheel-driver not at all phased by the conditions. After a rough drive, we arrived at Maungataniwha station and were greeted by Pete and Barry who spend most of their time living out in the bush as kaitiaki (guardians) of the kiwi and their natural habitat.

We were staying in huts that had a main lodge with cooking facilities and a lounge area for those who were staying to congregate. The huts were basic, but comfortable and open fires meant we weren’t going to freeze as the temperatures dropped overnight. After a quick look around and nabbing our sleeping spots, we were off again. This time not over logging roads but more of a four wheel drive track through bush and creeks.

As darkness fell, we started the release of the kiwi into the surrounding bush. We moved along the track making sure there was enough distance between each release so that each kiwi had ample space to explore their new environment. 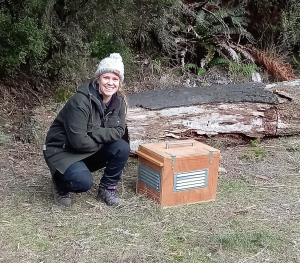 First we released three other kiwi, who had travelled a bit further from Willowbank Wildlife Reserve in Christchurch and the Ōtorohanga Kiwi House . Then it was time for our two females, Poi and Kai, to be released. We carried the travel boxes into the bush moving away from the track. It was darker the further we moved into the trees and very quiet with just the crunching of leaves and twigs beneath our feet.

We removed Poi and Kai from their boxes once we got to a suitable spot and placed them onto the forest floor. We both thought they would take off straight into the bush but they actually spent a few minutes probing around and checking out the immediate space. After a short while, they moved off out of sight into the undergrowth.  It was incredible to experience our kiwis’ first moments exploring their new wild home!

The importance of the release of these captive born kiwi is to help diversify the gene pool of birds that live in the forest. By understanding the family history of each of these birds through carefully managed national records, birds are chosen to be released at sites like Maungataniwha to ensure there is genetic diversity among the birds who live there. 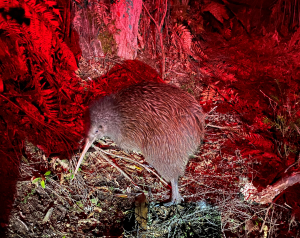 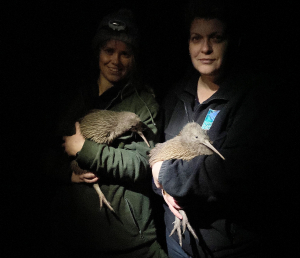 We felt so privileged to have this amazing opportunity to see the kiwi we had raised from eggs go off and contribute to the wild eastern brown population. The release of a bird is the last act in a huge number of steps that has helped the kiwi along the way, and represents all the passionate people who work in the conservation of this species and its habitat.

Find out more about the incredible conservation work Save the Kiwi do, and what you can do to help as well as the National Aquarium of New Zealand’s work with Safe the Kiwi in this and other conservation areas.